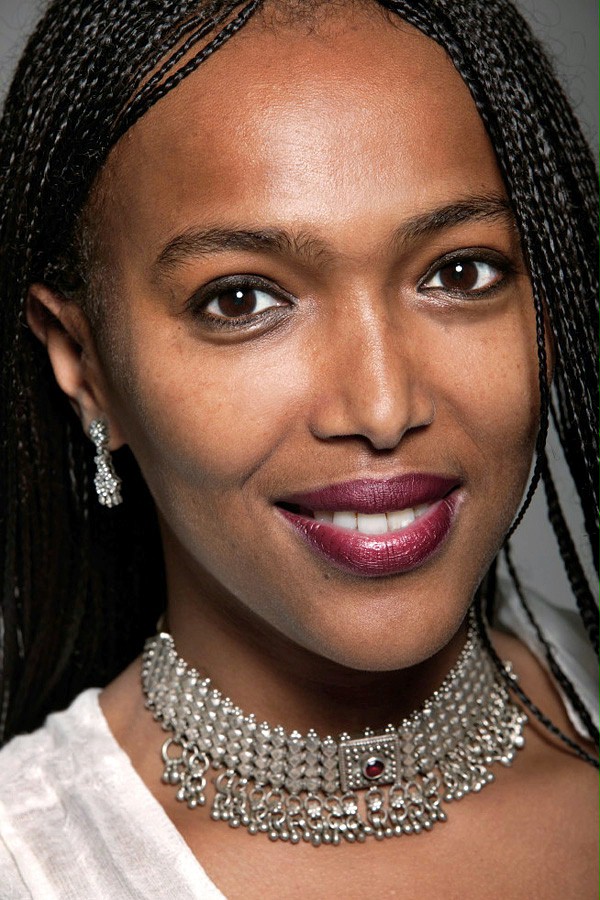 My name is Maji-da Abdi. I was born in Ethiopia. My childhood in Kenya was marked by the endless fighting, and millions of Ethiopian refugees fleeing worldwide the dictatorship regime being rife in my beautiful country.

The situation of women was far from that of the legend of the Queen of Sheba’s love, courage and wisdom which have inspired me, seeding the passion for stories that lifted my spirit away from an overwhelming reality.

The social context of a world with apartheid and Mandela in jail deeply encouraged my natural outrage against injustice.

After my studies in Canada I embarked on a nomadic exploration and traveled East in quest of peace, inside and outside, unaware yet that nomadism is a way and not a destination. I was nurtured by spiritual teachers and retreats, different paths who shared the same intention.

I learnt from sufis and Buddhists masters as well as shamans in the Amazon forest while continuing my social activism in various ways. From covering for CNN the Ethio-Eritrean war from the war front, listening to soldiers and prisoners, to working on documentaries that influenced fairer laws against rape and abduction of girls for forced marriage. I also directed a documentary called The River That Divides, which was on women deported from the war.

I spent more than two decades in engaged cinema where women rights didn’t roll justly. Driven by this injustice, in 2010, I created an engaged international film festival in Ethiopia called “Images that Matter” to inspire, train and encourage conscious development. My hope was to increase awareness against female genital mutilations with the premiere of the film “Desert Flower” which included panel discussions with world experts on the topic. Like always I engaged in various jobs that held the aspiring of us to human better .

With our current woman President of Ethiopia, Sahle-Work Zewde, dedicated to widening the narrow door for women I became even more motivated to do my part because the percentage of girls finishing their education is still far too low. In part, due to the limiting beliefs in regards to menstruation. I am convinced that this matter is a key issue all over the world that requires more attention.

I now live in Paris with my two wonderful daughters aged eleven and thirteen. Over the last two  year I have been researching from my home in Paris, since my heart intensely called me to engage in the cause. To be part of the much needed voices speaking out against the silence of limiting beliefs in order to bring back the respect of nature and the nobleness of the blood of our life cycles.

Collective intelligence, sharing, and the power of uniting are my biggest passions.

I feel motivated to catalyse the creation of a wonderful team of people, and trust that together we will create a Community, a heart family with all those that feel to join. This is why I am here. I truly believe that together everything is possible and that in the process of this enriching journey to come, all of us will achieve a human-blood-connection beyond borders.

Thank you for your interest